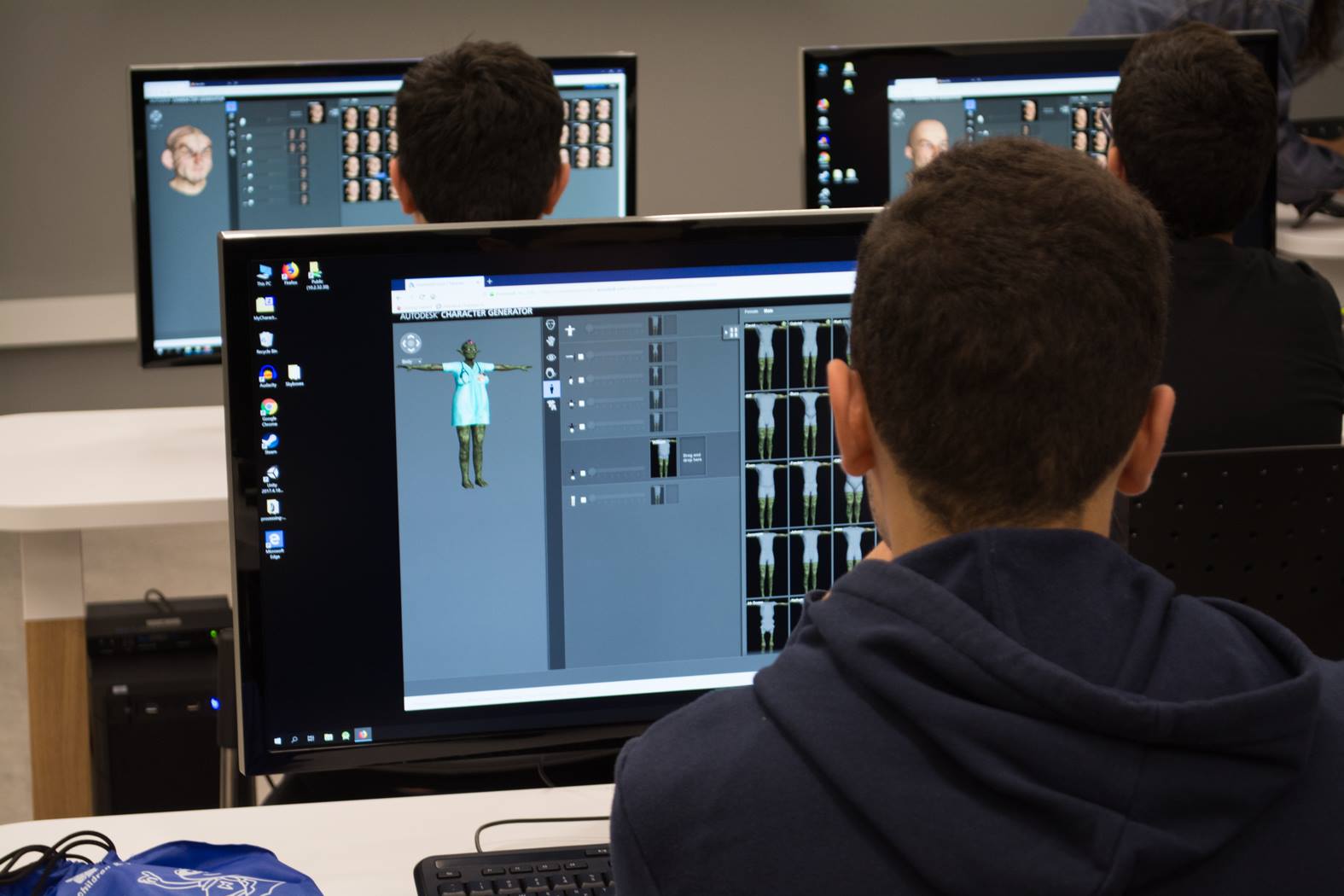 The Festival organises a series of online film workshops for children and youth led by film professionals. Young film enthusiasts will have a unique opportunity to attend these workshops on Saturday 17/04 and Sunday 18/04 at the Festival’s online platform.

The following five film workshops will be held online:

A glimpse into filmmaking!
by Marios Lizidis (director)

Yiorgos Tsangaris is a graphic artist, film curator and lecturer of Animation and Printmaking at the University of Nicosia. He is the Director of Hambis Municipal Printmaking Museum and the founder and artistic director of Animafest Cyprus, the official International Animation Film Festival of Cyprus and one of the island’s oldest film festivals (2002). Since 1999, he has been a prominent member of the film and graphic arts community in Cyprus, with an important contribution in the development of graphic arts, independent animation and the promotion of local filmmakers in the area of animation internationally. He was invited to participate in many international jury committees at international festivals around the world and his creative work has received multiple awards in Cyprus and Internationally.

Eleni Handriotou is a visual artist experimenting with multiple media, especially with animation, collage and painting. She graduated from the Department of Fine Arts, University of Nicosia, and during the past year she has been working as a freelancer. As a member of Animafest Cyprus, the official International Animation Film Festival of Cyprus, she has organized multiple workshops for the young audience, teaching to children and students how to make animation shorts.

Make a lockdown masterpiece with only your phone!

Laura Gaynor began filmmaking as a young teenager in the north-west of Ireland, using her camera-phone and learning from the Internet. She first attended Camera Zizanio in Greece shortly after turning 16 in 2010. She has worked in Ireland on TV productions with the national broadcaster RTÉ and recently completed the BBC Production Trainee scheme in London. At the BBC, she has worked with BBC Films, Newsnight and The Travel Show. A short film that she produced called Pernicio recently won a ‘Royal Television Society Student Award’ for ‘Best Drama’ in the UK and Ireland. The same film also screened at Newport Beach Film Festival in California. Laura was recently part of the British Film Institutes ‘Ones to Watch’ panel at their Future Film Festival. She has recently moved back to Ireland to focus on independent film production.

How do I become an actor?

Kika Georgiou studied Music in Chicago and Theatre in Athens. In 2020 she took part in the HBO series The New Pope directed by Paolo Sorentino. For her role in Yiorgos Gikapeppas’s films Silent and The City of Children, she received several awards from the South East European Film Festival in Berlin, the Greek Film Academy and Athens International Film Festival – Nychtes Premieras. She also took part in several Cypriot feature film productions, such as Boy on the Bridge by Petros Charalambous and Sunrise in Kimmeria by Simon Farmakas. In theatre, she has collaborated with the National Theatre of Greece, as well as with other theatre institutions in New York, Seoul, Rome, Athens and Cyprus, with directors Peter Stein, Fernando Rubio, Fotis Nicolaou, Aliki Danezi-Knutsen, Yiannis Houvardas, Yiannis Kalavrianos, Martha Fritzila, Baumstrasse et al.

The magic of sound in Cinema

“Where I grew up, we used to listen to all types of music and genres. I remember how music fuelled my imagination, how I used to build new, fascinating worlds. Soon enough, my piano teacher introduced me to the theory of music, to tempo, metre and rhythm, harmony, silence and pause. This music journey took me to Santiago, Chile, where I studied Sound Engineering. A short course titled “Sound design for film” at the final term of my studies was the reason I became passionate about sound design. This led me to an endless quest for knowledge and new techniques. My piano lessons and the theory of music acquired a whole new meaning and became a source of inspiration. During the past 15 years, I am fortunate to be working as a sound designer for short and feature films, TV series, documentaries and advertisements.”