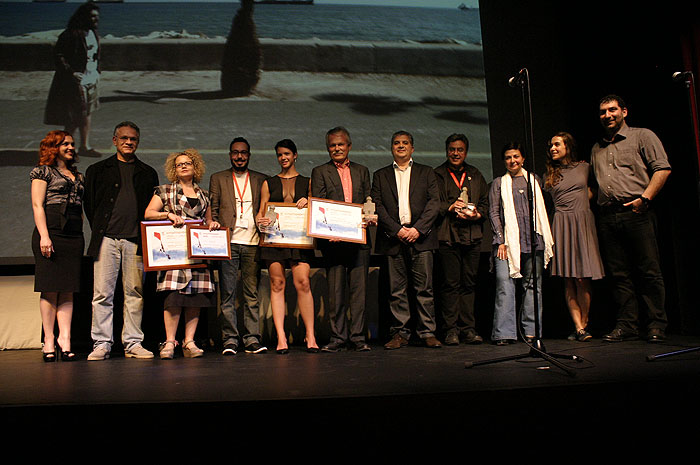 The 10th International Film Festival ‘Cyprus Film Days 2012’ was concluded on Sunday April 29th, with simultaneous screenings in Limassol and Nicosia and with the award ceremony at the Rialto Theatre, in Limassol.

In Limassol, at the Rialto Theatre, the award winning film ‘We need to talk about Kevin’, by genious director Lynne Ramsay was screened. Following the screening, at 10 p.m. the award ceremony took place. The international, three-member jury consisting of Rossitsa Valkanova (Producer, Bulgaria, Producer of the film “Shelter ”, awarded the Best Film Award at the Sofia Film Festival in 2011 and producer of other awarded films), Yiannis Economides (Director, Cyprus/Greece, “Knifer”, “Soul Kicking”, “Matchbox”), and Arta Dobroshi (Actress, Kosovo, Nominated for the Best Actress Award at the European Academy Awards and Cannes Festival 2008 for the film “Lorna’s Silence”), handed out the following awards:

In Nicosia, at the Zena Palace cinema, the festival was concluded with the screening of the silent, black and white, five Academy Award winner  film, The Artist, by Michel Hazanavicius.

The organizers wish to express their warmest thanks to the festival sponsors as well as to the audience, who supported the Cyprus Film Days 2012 festival throughout the ten days. The next Cyprus Film Days festival will take place in 2013, around the same period.