Cinephiles from across Cyprus are invited to attend the island’s greatest film event, which will take place from the 8th to the 16th of April 2022. This celebratory 20th edition of Cyprus Film Days International Festival will be held in the physical presence of the audience at Rialto Theatre in Limassol and Zena Palace in Nicosia.

Co-organised by the Cultural Services of the Ministry of Education, Culture, Sports and Youth and the Rialto Theatre, the Festival promises to showcase some of the best independent film productions of the previous and current year, putting the work of acclaimed and talented filmmakers in the spotlight.

The annual rendez-vous of Spring will offer to viewers yet another eclectic experience including hours of film screenings and social interaction, while also highlighting the importance of Cyprus as a meeting hub of filmmakers, cinematic trends and film aesthetics.

Showcasing some of the most fascinating film productions of our time, this year’s compilation of screenings includes more than twenty fiction feature films: world-acclaimed productions (Viewfinder), an inclusive international competition section (Glocal Images), the much-anticipated Cypriot Films Competition Section including four productions made by local filmmakers, as well as a series of parallel programmes and the new edition of Cyprus Film Days for Children and Youth.

Among other films, the festival’s highlights include the autobiographical and most-talked about Belfast by Kenneth Branagh, Juho Kuosmanen’s Compartment No. 6, which received the Grand Prix at Cannes Film Festival, as well as The Worst Person in the World directed by Joachim Trier.

The selection of films and programming of screenings and parallel events, is undertaken by a three-member Artistic Committee consisting of Tonia Mishiali (director/producer), Dr Costas Constandinides (film scholar) and Marios Stylianou (director/producer).

Despite the challenges imposed by the pandemic and in full compliance with all applicable measures, the Festival is preparing to welcome its loyal audience in its natural home: where the heart of Cinema beats.

Five prominent personalities of the international independent film community make up this year’s International Jury, in charge of awarding the films that participate in the official competition sections. Specifically, during the awards ceremony, which will take place on the 16th of April 2022 at the Rialto Theatre, the following awards will be announced: Glocal Images Best Film Award (€6,000), Glocal Images Special Jury Award (€3,000), Glocal Images Best Director Award (€1,000). In the Cypriot Films Competition Section, the following awards will be given out: Best Cypriot Film Award (€4,000), Best Cypriot Film Director (DCP Mastering – Deliverables & subtitling services worth of €3,500 – sponsored by Authorwave) and Best Actor/Actress Award (€500 – offered by Limassol Municipality). All the films screened in the Glocal Images international competition section and the Cypriot Films competition section, will also be competing for the Audience Award, as voted by the festival viewers.

Cinema for Children and Youth

This year’s edition for Children and Youth aspires yet again to enhance the film education of Cypriot children and teenagers, stimulating their critical thinking and expanding the horizons of the young viewer. A carefully selected programme of screenings together with a diverse range of film-related workshops for children and teenagers will be capturing and enriching the young spectators’ imagination and knowledge. The artistic director of this year’s edition is filmmaker Stavros Pamballis.

Developing and expanding, the Festival will also be holding this year the 3rd Dot.on.the.Map Industry Days, a co-production, training and networking platform, organised in collaboration with AGORA Thessaloniki International Film Festival, Greece. Dot.on.the.Map aims at encouraging film collaborations and synergies between producers, directors and screenwriters from Mediterranean countries. For more information: dot.cyprusfilmdays.com

The detailed programme of screenings and events is available on the Festival’s website: www.cyprusfilmdays.com, as well as on its Facebook page.

All films will be screened in their original language with Greek and English subtitles. 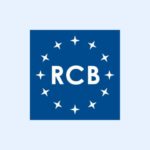