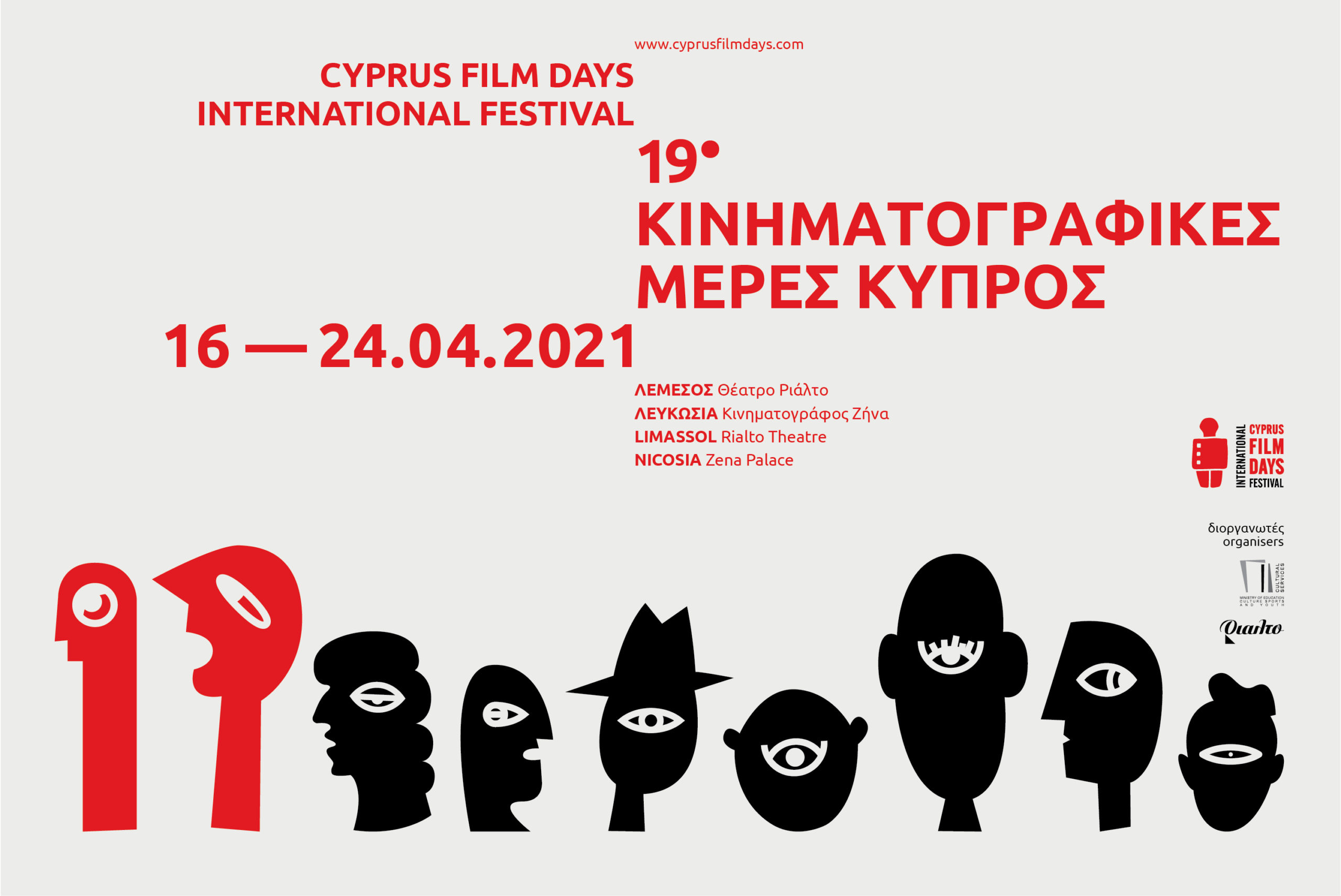 The Rialto Theatre and the Cultural Services of the Ministry of Education, Culture, Sport and Youth regret to announce that the 18th Cyprus Film Days International Festival 2020 including the Children’s festival section is being POSTPONED, in light of the Covid-19 pandemic and the restrictive measures that the Cyprus Government has imposed to contain the spread of Coronavirus, for the protection of its citizens.

Meanwhile, the pitching sessions of Dot.on.the.map Industry Days – that were to take place at the co-production and networking forum that was to be launched for the first time in the framework of the Festival, will take place in an online environment.

The organisers and the artistic committee of the Festival are looking at the possibility of postponing the Festival to new dates. More information will follow soon.

Cyprus Film Days International Festival, now in its eighteenth year running, is preparing for a celebratory edition, with screenings of fiction feature films and film events, in Limassol and in Nicosia, from the 3rd to the 11th of April 2020. Like every year, the festival venues are the Rialto Theatre in Limassol and Zena Palace Cinema, in Nicosia. The Festival is organised by the Cultural Services of the Ministry of Education, Culture, Sport and Youth, and the Rialto Theatre. The selection of films and programming of screenings and parallel events, is undertaken by a three-member Artistic Committee, consisting of director – producer Tonia Mishiali, film scholar Dr Costas Constantinides and director- producer Marios Stylianou.

An international competition programme (Glocal Images), premieres of films which have been awarded at inernational festivals (Viewfinder), film tributes, parallel events for children and youth along with music events compose this year’s exciting programme of Cyprus Film Days.

The Jury will be comprised of acclaimed personalities from the international film industry, while invited directors and producers will be attending their film screenings in Cyprus. The Festival’s top-notch line up of films includes awarded titles such as, The Traitor (Marco Bellocchio), Monos (Alejandro Landes), Just 6.5 (Saeed Roustayi), Bacurau (Juliano Dornelles, Kleber Mendonça Filho).

A new industry section is being launched this year, Dot.on.the.map Industry Days. An intiative of the artistic commitee of the Festival, the event will take place in Limassol from the 9th ot the 11th of April. Dot.on.the.map Meeting point is a co-production forum which offers filmmakers with projects originating from the countries of the Mediterranean Sea, the opportunity to pitch to members of the international film industry and to find the right connections to get the projects co-produced, developedand/or distributed. Dot.on.the.map Meeting point is implemented in partnership with Thessaloniki International Film Festival Agora. During the event, a series of specialised Cinema Talks, will be presented by international industry professionals. The cinema talks and the participation in Dot.on.the.map Industry Days is open exclusively to accredited film professionals. Accreditations can be acquired online here.

The organisers aim at the promotion of cinematic creation and film education
With the elevation of the art of cinematic fiction and the further promotion of film education in Cyprus as their vehicle, the organisers aim at establishing the Festival as a “meeting point” for film professionals, artists, and cinephiles from all over the world and Cyprus.